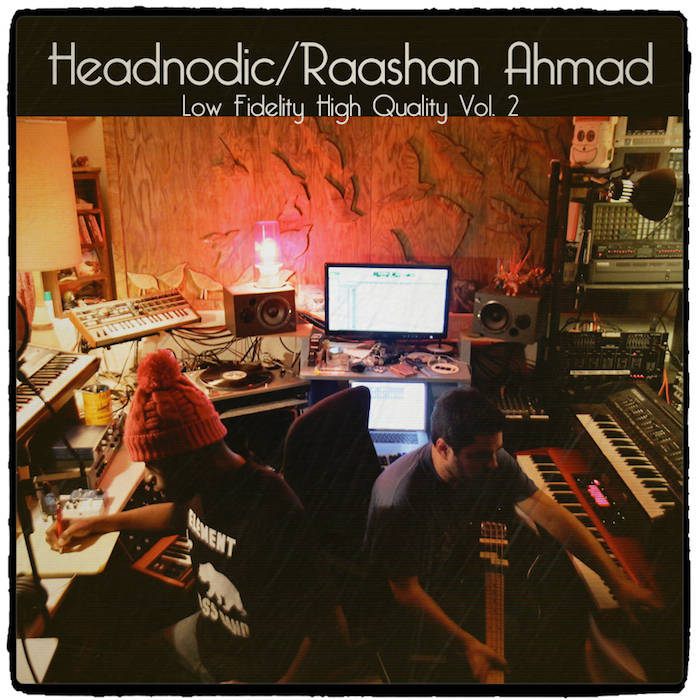 jude wynn Original/authentic hip hop-rap track. Breath of fresh air where the beat is purposefully created and the lyrics created for a particular meaning in mind. Headnodic and Raashan Ahmad is what I love about this genre. Favorite track: Float Away (Acts 1-4).

Karim Manning Wow...! This right here is what good music sounds like! Such an inspiration! Much respect!

Castor Pollux Two amazing musicians = Amazing music . Thanks for another one ! "Gone" is also a Fav Favorite track: Wide Open.

TheKitchenMix This should be called "Low Fidelity, Same Quality" because this is the same HIGH quality material I've come to expect from these 2 artists. Always that good-for-the-soul, great for the family, quality control that they bring to every project. THIS is why Hip Hop still moves me. Cheers, sirs!

48 hours was all that was needed to create this EP of inspired music. Raashan Ahmad and Headnodic honed the quality of their collaboration as founding members of the groups Mission: and Crown City Rockers. That musical short-hand, friendship and effortless connection is apparent through every moment of this release of beautiful beats and rhymes. Dig.

Raashan Ahmad is an MC with a thriving career as a solo artist & front man for the live hip-hop group Crown City Rockers. He has garnered critical acclaim from worldwide press. Raashan’s albums The Push & For What You’ve Lost garnered worldwide attention and earned him the admiration of fans as he has toured feverishly throughout North America, Europe, Japan, Australia, and Brazil. ... more

Bandcamp Daily  your guide to the world of Bandcamp

Featuring Gary Bartz, 5 years of Rhythm Section Intl and an LP of the week by Nicolas Jaar